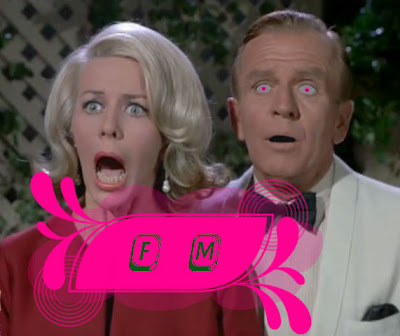 Does anyone know were I can get a Helasco Original??!!!

We can't forget this one.. 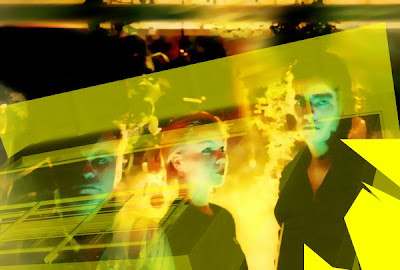 From early (No)Wave to Dark/Gothic Underground, from EBM via Techno to Electroclash - and back again!

In 1981, the german band NO MORE landet an underground hit with SUICIDE COMMANDO, which in the following years spread internationally like a virus regardless of genre and scene.

Whether in the New Yorker Limelight or in an indie disco in the Ruhrgebiet, at the Love Parade in Berlin or the Parisian in-shop Colette, whether in a techno club in Tokyo or at the Sonar Festival in Barcelona:
SUICIDE COMMANDO was played everywhere and reached a status that made the title interesting for prominent remixers.
Not in the least thanks to the interpretation by DJ Hell or Echopark (Torsten Stenzel, Moguai), SUICIDE COMMANDO is as topical today as it was 25 years ago.

"A song that refuses to die. A couple of years after these Germans recorded this it spread like a virus to become a cult classic. The virus is still spreading to this day."
Optimo, UK (www.optimo.co.uk)

Here are the earliest and only recording I have.. 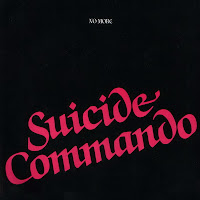 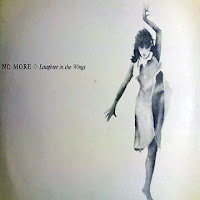 Here is the DJ Hell Version of the classic Suicide Commando.. 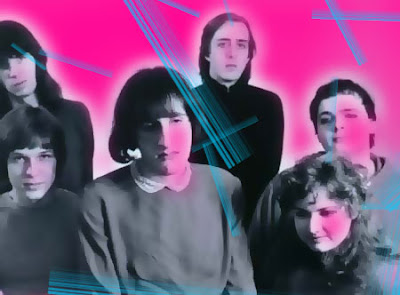 Take an industrial blender and put Frank Zappa, DEVO, Meatloaf, Oingo Boingo, Black Sabbath, and a dash of Sex Pistols... You get Skafish.

Indiana's Jim Skafish is one of the oddest eggs ever to wander into the shopping mall of rock music. Visually androgynous and, well, unattractive, Skafish builds his songs on neurotic angles of romance, suicide and growing up different that are most pessimistic. Yet, by couching them in sprightly tunes delivered with great geniality, he creates an unnerving dynamic. His band is skilled and supple; his first album, despite all its personality flaws, is clear and fascinating rather than grim or depressing.
[Ira Robbins] Trouser Press.

I was always fascinated by this group, their all over the place sensibility is a true one of a kind sound.

I always thought he was cute.

WAT DO YOU THINK? 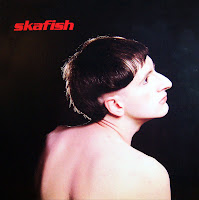 
SKAFISH - Sign of the Cross from URGH A MUSIC WAR 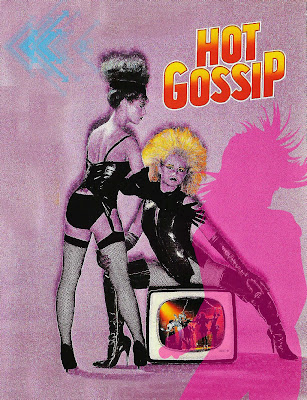 HG were a UK dance troop famous for their appearances on the TV series The Kenny Everett Video Show ( I loved that damn show!)


Hot Gossip scored a pop hit in 1978 with I Lost My Heart to a Starship Trooper, a disco track featuring Sarah Brightman on lead vocal. They went on to record an album in the early 1980s, Geisha Boys and Temple Girls, produced by the former Human League and then current Heaven 17/BEF member Martyn Ware. The album was a commercial failure. I'D FUCKIN KILL TO HEAR THAT ALBUM.. If anyone has it.. PLEASE!!!

UPDATE!!!
I just ordered it used on Amazon.. YESSS!!! I will have it ripped for you soon.

I was obsessed with Hot Gossip!

and here they are for you...


As kitchy as they were, their song selections are interesting...

You know their AWESOME!

CLAP CLAP
Posted by Fantasmi at 3:56 AM 5 comments: 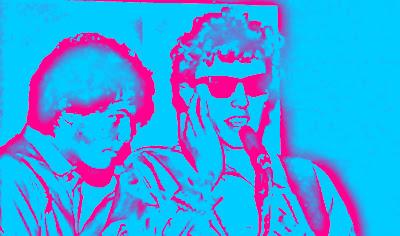 Martin Atkins (Brian Brain) segued from looking at the back of John Lydon's head in Public Image Ltd. He left soon after to pursue his synth solo career as Brian Brain. This foray into experimental / synth would eventually lead him into industrial music and his legendary, Pigface.

Here we have their first LP, and its a bizarre journey through a groundbreaking synthatic New wave tryp. 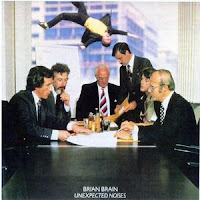 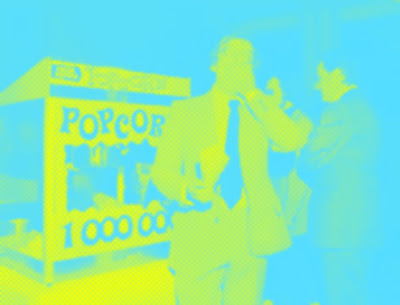 When I was like 6 years old I LOVED the show Wonderama! I begged and begged my parents to get me on the show, and they did!!!
On the day I was on the show, Hot Butter performed... I remember this old man in a sound booth popping his mouth like Zachary Smith from Lost in Space.. I was mesmerised, and had to have the album...

So I got it here for you!

Hot Butter was an instrumental group of session players and was fronted by the keyboard player Stan Free.
Its a Moogy kitch experience, and will bring great memories for the over 40 foogies (like me)!. 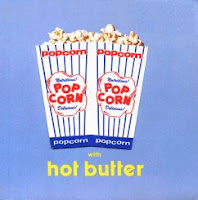 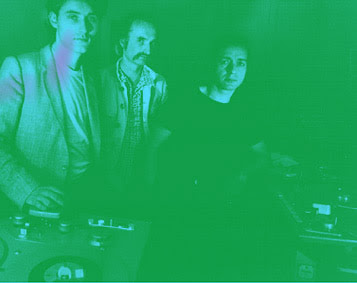 Holger Czukay studied under Karlheinz Stockhausen from 1963-1966 and co-founded the influential rock group Can in 1968.

Jaki Liebezeit the legendary drummer of Can.

Jah Wobble eventually got his start with John Lydon's post-Sex Pistols group Public Image Ltd (PiL). He left PiL in 1980 and has since collaborated with a wide variety of musicians.

These three geniuses got together in Can's studio "Inner Space" and pumped out this dubby, No Wave, electronic masterpiece.

This music will make you imagine a million places, mystery films, markets, chance encounters, half open doors and exotic worlds. But most importantly your hips and your feet will move to primal beats of Jaki and Wobbles outer space fat dub bass! 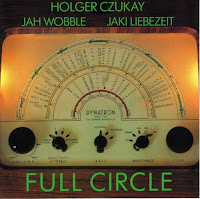 Clap Clap
Posted by Fantasmi at 8:11 AM 6 comments: